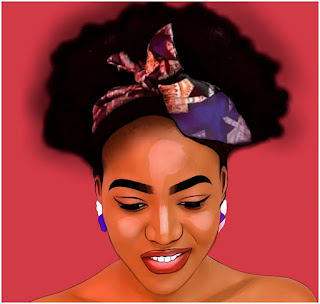 Crazy HannahBy Lady CEpisode 17…..…...Harry’s povI smiled as she ran out.. Mr Cha chuckled and sat on the couch..“Okay spit it out” I said looking at him“How did you know I was going to say something?” He asked“I’ve known you for twelve years Mr Cha, you’re like a father to me..I Know when you have something on your mind” I replied“Mmmh.. you’re right though” he said and picked the remote..“So..? What are you thinking?” I asked“I think you both are gonna make a perfect couple” he stated and I blushed..“I never said I was going to date her okay.. not to talk of getting married” I muttered“I’m not an outsider Harry, you love her.. I know from the way you look at her, and I can feel it that she does too.. so stop deceiving yourself” he stated..I scoffed and rolled my eyes..I don’t love her, I just like her as a friend.. right?Right………….……….….Hannah’s povI rushed into the office and thankfully Sofia was no where to be seen.. I dropped the bag on the desk and exhaled loudly..What just happened?, Why fo I feel so vulnerable around Harry.. he’s the only guy that has ever made me feel this way.. if it were to be someone else, the closer they get, the more I feel the rage coursing through my veins.. but it’s different with Harry, when ever I’m with him.. there’s this sense of peace that moves within me.. and I find myself being vulnerable against my will..I sat on the chair and palmed my face.. or is it because he helped me?.. it has to be it.. that’s the only reasonable explanation to all this.. I’m only feeling this way because Harry has been nice and kind to me, besides he’s my friend..………………….…..…………The rest of the day was uneventful, Sofia came into the office minutes later and started ranting about how she was going to beat me up..After I told her everything, she ended up wowing and awnning..We chatted on our way home and separated when we got to the T- junction..…I’d gotten home and chatted with the guys a little.. after which I took my bath, wrote my list of bills and calculated Nicky’s surgery money.. just 400,000 to go and my baby would walk again.. with a happy smile I walked out of my room and into his..We chatted for a little while and the rain started falling.. I flinched as I felt a cold substance on my cheek.. I looked up and saw the ceiling dripping with water.. I have to fix that now .…I walked downstairs and mom was already back with dad, I greeted them and called Jeremy and Sona.. they both rushed down and I asked Jeremy to bring the sheets..“You want to fix it yourself?” Dad asked“Yep.. Nicky’s room is leaking and so is mine.. don’t worry I’ll be careful” I said giving him an assuring smile“But.. Hannah, it’s still raining heavily, I don’t think you should do it today.. tommorow would be better” mom chimed in“Don’t worry mom, I will be fine.. besides what could possibly go wrong?” I asked“Alot” Jeremy mumbled and I smacked his head.“Is my baby asleep yet?” Mom asked“Nah.. he’s reading a story” I replied“Okay.. I’ll check on him quickly” she said and rushed upstairs..“Jeremy get the rain coats, hammer and nails” I ordered“Okay” he said and ran up the stairs“Sona, grab the ladder and I’ll get the sheets” I said“Why ladder?” She asked“Fine take the sheets and I’ll get the ladder..” I said“But I just Polished my nails” she whined“Get it and stop whining” dad scolded“Okay dad” she mumbled and rushed out …….The three of us walked out.. I placed the ladder carefully on the wall and carried the sheets and hammer in my right hand.. with the nails in my pocket,“Okay uhm.. where’s the torch?” I asked..“Here” Jeremy said stretching it to me..I took it and looked up.. the rain was falling heavily..“The both of you should hold the ladder properly.. I’ll be quick okay”“Okay” they both chorused.. I placed the touch in my mouth and climbed up with my left hand…“Be careful Hannah” Sona yelled“Watch your steps” Jeremy added..…I got to the top and set to work.. I finished with one part and moved over to the next.. the rain became heavier and was already blinding my eyes ..I quickly nailed the rest and moved back to the ladder.. holding the hammer and the touch“Sona!” I yelled as the thunder stroke“Yes” she yelled back“Are you hurt?” Jeremy asked“No!” I yelled“I’m coming down.. ” I added and placed the touch in my mouth..I placed my right leg first and then my left.. with my hands still on the roof.. I balanced myself and started moving down slowly.. half way through, i missed my step and without thinking I jumped down, my ankle twisted and I fell down with a scream…….…To be continued
See Also :