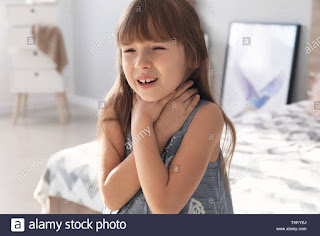 Opeyemi O.Akintunde
We travelled in TOTAL Silence, and coincidentally, Henry was playing a song in his Jeep “ Only You can do what no man can do” by Nigerian Gospel Artist Ada. This was bringing out more tears from my eyes.
There were moments my eyes and that of Henry’s met in the mirror, but it didn’t last long. There were moments I want to blurt out at him, but Gold had her right hand locked in my left hand as a way of cautioning me. Whenever, I made the move to speak, she would clutch my hand. Gold felt like the Holy Spirit was living in her and was working through her. We travelled for over two hours before we got to our destination. The outskirt was a very local place, with lots of potholes and lousy people shouting each other’s name in greetings. Was this my new abode? I thought silently, this was playing too much of a fool.
Henry dropped our bags, gave us the key to the house and got back into the car without entering. All he said was
“ I promise to come and see you once in a while”.. A promise he never kept....
He got into his Jeep and zoomed off, even though when he zoomed off, he stopped some meters away like someone who was reconsidering his actions, he reversed a little but stopped and zoomed away again...
That was the last I saw of him for two months, but a lot happened within two months....
For starters, when we got into the BQ (Boys Quarters), I started crying, but Gold started Praising God... She was thanking God for all the amazing things we had and indirectly referencing me...
“ God, I thank you for what you have been doing, Thank you for Emerald and I, thank you for Mum and Dad, thank you for Mum, because I know according to your word which Mum taught me, We should always give thanks in all things. I am so happy because I know you are with us”
And surprisingly, Gold brought out her small music box and started playing some gospel songs. Gold was a dancer, so she started dancing...Emerald joined her, they pulled me to join them but I was not interested.
“ Isokene!” Yes, It was about time I called her. I took my phone and stepped out of the BQ. As I stepped out, I saw the large expanse of land, Henry was yet to build on...
“ Hello, Aunty....You are back?” Isokene said the instant she picked up
“ Yes!... “
“ Oh Jesus!,” She also burst into a song of praise...” Thank you Jesus!, Thank you for answering my prayers, Halleluya... Aunty, I am so on my way to your house right now”
I had to tell her everything that happened and how I was no more living in the city... I told her to come over the next day, but she insisted she was coming over immediately...I insisted because of Ibidolo and she saw reason with me. I hung up and I felt relieved.
The house was really dusty, so Gold and Emerald spent the rest of the day cleaning the house, while I sat outside in the compound. Once again, I looked at the land that had been unused. Maybe Gold was right, I could build an edifice here with my savings... No ! That was not right! What if Henry never came back...Hmm.. What if he just came here to dump us... what would happen to my dream of Gold having her university education abroad...? I asked myself....
The best thing I thought of was to go fix my money in the bank for My children’s University education. And find something doing temporarily to keep body and soul together....I thought of a lot of things I could do, but the environment I was , was not business friendly. A boutique would be a failure, a supermarket would be a failure as well.. I was still at my thought when I heard Gold shouting ...
“ Mum, Emerald is having her attack!”
I had totally forgotten about Emerald’s asthma, the dust must have been too much for her. Her inhaler was no where in sight! When I asked Gold to search Emerald’s bags we realized Emerald had left it in the former house 2 hours away from us....
I couldn’t Lose Emerald... No God! Please God!
DEEP THOTS
Inspired by the LIVING WORD
Written by Opeyemi Akintunde
Facebook @ Opeyemi Ojerinde Akintunde
WhatsApp: +234-8151103646
Photo Credit: Internet
See Also :