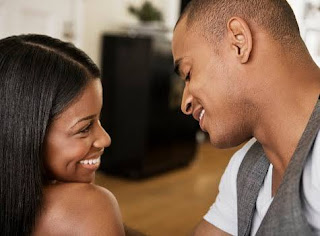 Opeyemi Ojerinde Akintunde
We stayed with Margaret at the hospital for some hours. She had Diamond through Cesarean Operation, so she had to stay back at the hospital while we all went home except her Step Mum...
When we got back home, I resumed my wifely duties I had not been doing for a long time. I was ready to play the fool BIG TIME…I informed Isokene I was back, you can imagine her scream.
Throughout that day, I made different dishes, I even made the local pepper soup for new mothers for Margaret. By the next morning I sent the maid and the driver to take it to her.
Emerald and Gold insisted they were going with them to see the baby, which I agreed to.
When they had left, I became bored so I decided to check if there were other chores I could do. I checked the laundry room and saw a lot of Margaret’s and Henry’s washed clothes but yet to be ironed. I guessed the Maid had a lot on her hands…
I decided to have them ironed, that was part of playing the fool. I had ironed few of Margaret’s cloth, I was ironing Henry’s shirt when I heard his voice behind me…
“If you had this little time for me about a year ago, maybe all these won’t have happened” he said
“I am sorry” was all that came from my mouth…
At that same instant, a text entered my phone…Henry picked up my phone….
“Hmmm...… Mr Gbesan… Who is Mr Gbesan? never heard his name before” I was about to collect my phone from him, but he dodged playfully.
“ I have to read this, so I know if I have a rival I need to contend with” he said smiling
I tried collecting my phone from him, but he had started reading...
“You have not been picking my calls since yesterday Betty, I have been wondering maybe I should have made love to you, maybe it won’t have been this easy for you to forget me, I miss you and the kids, Is your husband treating you well?....If not my offer still stands, I will love to marry you. please reply me”
I didn’t know what to expect from Henry , so I stepped back a little
“Hmmmm I believe that must be the man with the fancy car that was flashing his lights at you yesterday…” he asked raising his eyebrow
“He is a widower, he is just my friend…I…”
I said trying to explain things to him, but instead I received a slap…..
No!, Just kidding!

That was what I thought Henry was going to do, So I was busy trying to explain that nothing had happened between us, instead he walked closer to me, and placed his fingers on my lips….
“Sh….SH… old things are passed away, I don’t need your explanation, go and do your confession to the pastor, You are a beautiful woman, so I don’t expect men not to ask you out... So once again I am saying it , I don’t need to hear your confessions, tell it to a pastor who is ready to listen”...he said jokingly and he continued
“I just need you to reply him of how well I am treating you the moment I have treated you so nicely”Henry came really close like he had a mission
“I miss you…Betty”…I was breathing so heavily, but the next 30 mins of my life in the laundry room was the best treatment I had received in a long time, if you understand what I mean… I had gotten my husband back, but I just needed the mistress completely out of our lives….
The next three months were the best time of my life, Henry spent more time in my room and I won some major battles but something happened that changed everything... I received a phone call....
“She is what?” I asked the doctor very confused… the doctor was telling me, Gold was pregnant, I felt my world was crashing, the past three months had been fantastic, we were living like a happy family, though it was three people in the marriage instead of two.
To think that before this sad news I had fought some major battles and won, this news was a joy spoiler…. Part of the battles I had won was that, Margaret’s step mother had confessed to witchcraft and this had brought about a huge miracle....
What Miracle?
Let’s rewind a bit, I guess I am jumping some important details… Let me explain in detail how all that happened, before writing about Gold’s Pregnancy.
To be continued....
Follow the author on Facebook @Opeyemi Ojerinde Akintunde for inspiring stories.
DEEP THOTS
Inspired by the LIVING WORD
Written by Opeyemi O.Akintunde
Facebook@Opeyemi Ojerinde Akintunde
See Also :