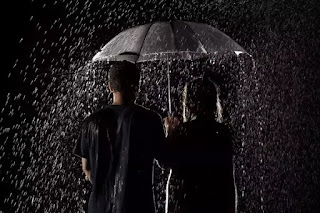 "ISOKENE"
"STOP MY WIFE FROM SMILING"
“You will meet your husband on a Thursday Evening at Alakashi bustop, He will have a red “V” neck top on, with blue jeans and white Tennis shoes on.You have to be at that Alakashi at exactly 5pm waiting for your bus,You both will bump into each other and instantly something will tell you both you are soulmates”
“Aunty, that was what the pastor told me during my consultation session with him and prior to that I had heard a lot of testimonies during the service of how “God” had connected people to their spouses...It was too real to be doubted. Even though the pastor told Kikelomo that her own husband was still far away in India and she needed to do 14 days marathon fasting or pay to have one of the church pastors do the fasting on her behalf....so...” I became lost in all Isoken was saying.I couldn’t believe how gullible she was, but I had not heard it all...
“ Aunty, you would not believe that it happened exactly as the pastor prophesied, I was at Alakashi bus stop at Exactly 5pm and suddenly a young man bumped into me, he was just the exact description .red V neck top,blue jean, white Tennis.....”
Hmmm....Was all I could say, but after a brief moment of silence I asked
“ But was this just coincidence or it was arranged?” I managed to ask
“ Aunty, Arranged ooo,big time ooo, Ibidolo confessed to me after marriage that he is a member of the pastor’s church but as the head of the technical Unit, he was always in the Technical room mixing the camera shots during service, he said it was on one of those services I attended he saw me on camera smiling... He said his heart melted at my smile and that very instant, he didn’t know how it came out of his mouth , but he heard himself say
“ That is my Wife”
“ You like her?” Ibidolo’ s colleague had said to him, “ If you like her, You better go and tell papa before he receives her for someone else”
Isoken continues her surprising “ How we met tale”....
“ Aunty, apparently in their church, it was a norm for the pastor to be the one to choose their partners for them and since I was not their member the pastor had to use that prophecy trick on me. Ibidolo told me he had shown the pastor my smiling footage and the pastor assured him I was going to be his wife, so Aunty that was how I entered into this marriage ooo”
I was on temporary mute with mouth wide open....I could hear the echo of her voice saying “ Hello ma...Hello...Are you there ma? But 1001 things were going on in my head. Can you guess any of these questions ? Let me ask you the first one ringing in my head so loud,” Was it right for the pastor to have done that matchmaking under spiritual deception ? Other questions kept flying around in my head. Questions like.....
To be continued....
Opeyemi Ojerinde Akintunde
+234-8151103646
Photo Credit: Internet
See Also :