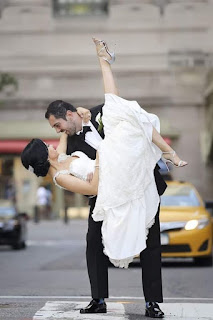 “ISOKENE”
(STOP MY WIFE FROM SMILING)
“ I said, I don’t want you smiling when we go out! “ Ibidolo was barking at Isoken. Isoken told me they had just returned from a wonderful Day out. Isoken said she had tried keeping a straight face through out the event, She only smiled at Ibidolo, Which was unlike her. Her normal self would have had her smile plastered on her face smiling at everyone including the security, cleaners, sales attendants but all these she tried to avoid, but she had an exception...She couldn’t help but smile at him.....Who was him?
“ Ibidolo, I smiled at a beggar, a beggar,an old beggar on the street, that smile was to give him hope,I couldn’t give him money, but I could give him a smile “
“ Isokene, I would have preferred you gave him money, I wouldn’t care if you gave him my entire money ,but not your smile...” he said very frustrated
“ This is not going to work, I am getting out of this thing we are calling a marriage....I am done”
“ You said what?”.... Ibidolo asked Isoken
************
Isoken was at my place narrating what Happened at her place earlier that day.
Although the day before was the day she narrated the whole story about the pastor who had match made her with Ibidolo. After narrating her “ HOW WE MET TALE”, I had passionately told her the foundation of her marriage was wrong and based on falsehood. Out of insane passion and irritation for her husband called Ibidolo who was against his wife smiling, I had told her if she wanted out of the marriage,God was not going to be angry with her. Here she was less than 24 hours telling me about her outing with her husband.... Seriously I was mad and the marriage counselor in me went on vacation, but the woman in me and feminist Spirit I never knew existed in me shouted....
“ This marriage was never God’s idea and I have a feeling the perfect will of God for you in marriage is still out there, You are below 30 for Christ sake,” I said with passion but you would not believe that Isoken literally shut me up by making excuses for her husband...
“Aunty, You know what? ... His countenance changed when I told him I wanted out of the marriage, I was afraid he was going to hit me, I started moving backwards but what he did next is still baffling me Aunty and that’s why I came to see you, he started talking like a baby, with tears flowing from his eyes, He moved so close to me like he wanted to swallow me up. He said...”
“ Isokene, You can’t leave me, You are the first real thing I have had to myself, and I never want to lose you to anyone, You are my first real possession”
“ Possession?...I am not a piece of asset...I am a human being that has a life of her own...”
“ No no.... Isokene baby, I don’t mean it that way...What I mean is you know, I never had anyone growing up, I am not a beast asking you to stop smiling for no good reason , the thing is I don’t want to lose you to someone else.. You know I told you that I was raised in an orphanage from birth, I never knew my mother or father, I was picked from the street in an abandoned vehicle....”
“ I know that and I have promised you I will be your family” Isoken said
“ Isokene please just hear me out....I never had anything that was mine, I always had to share things with my orphanage brothers and sisters, all the clothes I ever wore was either passed on to me or brought by well wishers... I never had anything I could tag mine....I grew up using what others had used, Used school bags, borrowed text books, even till I got into tertiary institution..., Everything I ever used was borrowed , I lived off my friends, I slept on the floor of my friend’s room, all the textbooks I used were always borrowed.... Aside from my house and car, You are the first thing I can call MINE or better still ...First possession I have...I am sorry I am using the word possession, but that’s how I feel...Isokene please...What I am asking from you is little....You know you asked me to stop getting drunk after marriage, and because of you, I stopped....Tell me something else you want from me and I promise to give you ....Please just keep your smile for me, just me alone....
“ Trust me, Trust that I will never leave you” Isoken said
“ I trust you so much, but I don’t trust other people with you, they may take you from me”
*************
“ Aunty, Ibidolo hugged me like a baby that didn’t want to loose his precious possession and at that moment , I was touched, I saw a boy who has never had anyone and now he has one special to his heart he was not ready to lose... Aunty, What do you suggest I do?...
Please if you are the marriage Counsellor and you are in my shoes,What would be your best advice to Isoken, LIKE SERIOUSLY????
To be continued....
DEEP THOTS
See Also :