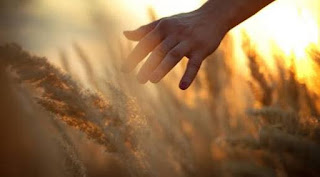 Opeyemi Ojerinde Akintunde
They were three. Kikiolaoluwa, Idiopemipo and Oluwasomidoba were the three kids of Baba Jenriayegbe. The Trio were simply called Ola, Ope and Oba.
Kikiolaoluwa( Ola) means “I have God’s Wealth in abundance ”
Idiopemipo ( Ope) means “I have a lot of Reasons to Praise God”
Oluwasomidoba ( Oba) “God has made me a King”
The trio were the children of Baba Jenriayegbe, who was a poverty stricken fellow. The trio didn’t enjoy any luxury while growing up, coupled with the fact that their mother had died in their early years.
Fate decided to show how cruel life could be on one side of the world when the only person who gave them hope died.
Their father died when Ola and Ope were 16 years old, while Oba was 18. Ola and Ope were twin girls, while Oba was the eldest. Their Non Yoruba speaking friends preferred to call them using the English interpretation of their name. Ola was called WEALTH, Ope was called PRAISE, while Oba was called KING.
The trio’s father didn’t leave a pin for the trio and the few things that they had in their little room was sold to give him a decent burial in the family compound.
However, if Baba Jenriayegbe failed in everything, He didn’t fail in raising his children in the way and in the fear of God.
By the age of 15, the twin girls had finished the New Testament of the Bible Twice, while Oba the eldest and only boy had read it 4 times by the age of 18.
Therefore, after Baba Jenriayegbe’s death, the trio found solace in God and in a very short time, Help and Favour had sought them. This was how it went...
Immediately their father Died and had been buried, Oba ( King) called his sisters to a family meeting...
“ Wealth and Praise , I know we are still mourning father’s death, but it’s high time we moved on. Even though we don’t have an earthly father anymore, we still have our Heavenly Father who can take us places. I see this as a way for us to throw all our eggs in God’s basket. As it is, we have no one but we have God. You know the Scripture that says “Arise, shine, for your light has come, and the glory of the LORD rises upon you.”. That Arise means we need to Get up before our shining can take place...We need to Get up and take charge of our lives... So first things first... We need to go on a three days fasting and prayer program for God to reveal His mind to us, and to hand over our lives to God for Him to be our father at this point...
“ 3 days fasting after losing our father?” Ope ( Praise)had said looking very surprised
“ Same question running through my mind” Ola (Wealth) said too...
“ This is what we must do and I can assure you, it will yield great results”
The twin girls were definitely not buying into Oba’s idea. Fasting and prayer was not close to what was on their minds, they had just lost their beloved father and starving themselves for 3 days was going to cause further depression into their lives.....
“ How does going into spiritual exercise after losing someone make sense?” Ola ( Wealth) Wondered silently...
To be continued ...
To follow up on this series, Follow the author on Facebook @ OPEYEMI OJERINDE AKINTUNDE-OFFICIAL Feel free to share this series, but please do not edit out the credit of the author and details. Lets be mindful of others.
DEEP THOTS NOVELS
INSPIRED BY THE HOLY ONE
Written by Opeyemi O.Akintunde
+234-8151103646
photo credit: Internet
See Also :