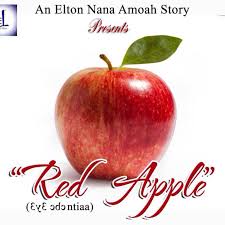 “When am I ready to date? I asked my mother.
“Get your own car and house, then you can come and talk to me about dating” She answered. As much as she was making sense, I gathered that, my father got her pregnant during her high school days. They were both young and it was obvious that they were living under the care of their parents, so I wondered why she kept telling me that.
Well, there was this girl in my life, everyone knew about her though, Emefa was her name. We actually grew up together, the same school, the same neighborhood and even the same church. There was no way that I would tell you about my childhood days without mentioning Emefa. She was part of my past and virtually part of me.
People thought she was my sister and believe you me; I started believing in that even though I knew we were never related in any way.
Now, this is the problem. I can’t seem to be in a relationship with anyone, because, I always put Emefa first. Oh sorry, I didn’t introduce myself. My name is Selorm and I guess that’s all you need to know about me for now. That was just by the way, where was I anyway…
Talking about being in relationship, I don’t know if I actually have feelings for Emefa or something. I have never felt like kissing her or even touching her. I just feel comfortable around her. We talk to each other every day, there is nothing going on her life that I don’t even know about.
I’m the first and last person she talks to when she wakes up and goes to sleep respectively. I knew her inside out and excuse me to say I even knew her favorite underwear. That was how close she was to me.
Our closeness could be related to that of lovers as well as family. You probably might think that we were some sought of friends with benefits. Yeah you are right, we both benefited from each others comfort, time, and everything else apart from sex.
Even before Emefa would get close to me, I could tell her presence from a distance…I can go on and on. Well, I had my own car now, my own house, with a lovely daughter whom I named her after Emefa. My wife was currently away with the kids at my mother’s place.
I should have been missing my wife now but the thought of Emefa was all over my mind. I missed her; I miss missed the moments we shared together. How long has it been, just a year but even though she wasn’t here at the moment, I could still feel her presence.
Hmm, I kept asking myself, Why I’m still thinking about her even after I got married? Was it that she and I were meant to be or something? I remember there was this occasion that she came to my end. Both our parents were at work so we had the house to ourselves.
We decided to do an experiment on Titi, my pet. It was a dog though, we ended up giving Titi an alcoholic wine, after some few minutes, all Titi could do was just ran around the house barking at anything it’s saw. We were just soo scared that we stayed indoors till Titi fell into a deep sleep.
Today is 14th February, a very special day, a valentine day which doubled as Emefa’s birthday. The more I thought of her absence the more I drunk wine just to take away the memories. Just last night, when I was making love to my wife, I found myself thinking of her again. Was I that stupid or something?
I just couldn't take it anymore, today was her birthday, I needed to see her, I needed to tell her how much I missed her, I needed to tell her how much I wish she was with me. As tipsy as I was, I got into my car and drove off in haste.
Strangely enough, I didn’t know if it was the alcohol or something, I could feel her presence even as I was driving, I could smell her perfume all over.
I began driving fast, not even observing any traffic rules, I just drove my way through. Driving close to 50km per hour. It began raining and the road became very slippery. Thank God I had safely arrived already. There she was and here I stood, standing right beside her Epitaph in this cemetery, with my body soaked in this rain.
Tears rolled down my cheeks as I stood beside her tomb. How could she have left me like that? She was healthy, strong and ever since she died, there has never been a single day in my life that I have been happy.
I needed her back, I needed her. Even after a year, I still couldn’t accept that she was dead. I knelt down, and touched the tomb. “I miss you Emefa” I said.
“I’m sure she misses you too” Someone said right behind me. I turned around only to find this gorgeous looking lady holding a wreath.

“I’m sure she misses you too” Someone said right behind me. I turned around only to find this gorgeous looking lady holding a wreath.
I freaked out as soon as I set my eyes on her.
“Sorry if I scared you” She said. My eyes were still stuck on her, as the rain was getting heavier. It was as if we had both forgotten that it was raining.
“What is a lady like you doing in a place like this” I asked. You could tell from my voice how nervous I was. She only smiled and said.
“You are not the only one who has lost somebody” She said and walked towards Emefa’s tomb, there, she laid the wreath she had and stood her there silently watching Emefa’s tomb.
“You knew her? I asked, She nodded. That was surprising to me, because I knew all Emefa’s friend and I don’t remember ever meeting her.
“I never got to meet her in person, we met through a group on Facebook” She said as if she knew what I was thinking. I was now beginning to feel cold so I wanted to leave right that moment. And again, as if she knew what I was thinking she said
“Don’t you think we should get going, the rain isn’t helping” She said and then we both began to leave the cemetery. As if I had enough of the surprises, she took my hand as we both walked towards the parking lot.
“I find it very strange for a married man like you to leave your wife at home, just to pay homage to your lost girlfriend” She said.
Now I thought she had overstepped her limits, we just met and for her to talk about my family which I cherish most was not something that I was going to entertain.
“I’m sorry but can you live my marriage out of this, besides how did you know I was even married” I asked.
She just laughed at me as if I just made an expensive joke. “Mr, your ring gave you away” She answered. Yeah she was right, that was how dumb I was.
At this point we had already gotten to the parking lot and before I could get to my car door, I didn’t even see where she passed. She was nowhere to be found. I looked around and there was no trace of her, I began to freak out that I quickly ‘entered the car, turned on the ignition and drove away.
“What a night” I told myself. Though I found myself thinking about Emefa, this mysterious girl who I just met had just freaked me out.
How is it a coincident that the very moment I went to visit Emefa, that was the moment I met this stranger who happened to know Emefa. Well, I didn’t want to think about it too much; I just decided to let it go. I got home to meet my wife and little child Emefa back.
She jumped and hugged me in my soaked outfit. How innocent she was. My wife came from the kitchen looking very upset. I knew there was something wrong so I tried to find out.
“What seems to be the problem, did my mother get you upset again” I asked. She looked at me and even from her look I could tell that, whatever the problem was, it had nothing to do with my mother.
“So Selorm, tell me, what could be the reason for this, where are you coming from at this time of the night, and to top it, it’s even raining” She said.
Yeah that’s my wife for you. She is the nagging type; well I guess that’s generic in every lady but hers was just different. Emefa was alive when we began dating though; she was actually Emefa’s roommate back in school. She hooked her up with me even though I didn’t love her. The only reason I went out with her was to make Emefa happy because she felt that I was the only person who wouldn’t break her friend’s heart after her numerous heart breaks.
I decided to play along till our day of marriage. To my surprise Emefa, didn't make it to my wedding and her excuse was just a flimsy one. I noticed that there was a distance between Emefa and my wife. They were not relating to each other like they used to. Before I could find out the reason behind it, death had already taken Emefa. It was too late.
Now, my wife’s question was still pending and before I could answer her, there came a knock on the door. My wife just left to check who it was, and again, just when I thought I had had enough for the night, there stood this mysterious lady I met at the cemetery right in front of my door.