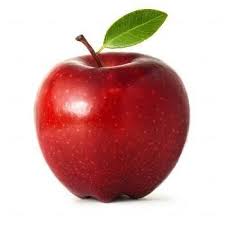 There was no way I couldn’t have seen her if she really came out of the room. I quickly jumped aside as she stood behind me in tears.

I was so afraid; her face even looked pale as she started crying. It was as if something had been harbored in her heart for long. I knew there was something not right about this girl and the thought of that alone made me very scared. How the hell did she get to know my wife? No wonder I never knew her till now.

Speaking of my wife, she came to my rescue. I felt relieved as soon as she came back. Just then Mary began wiping off her tears so my wife didn’t even notice. Emefa as usual came rushing towards me with a hug, I carried her and left Mary and my wife there in the sitting room where the clock fell. From where I was I could hear them talk.

“What happened to this wall clock” My wife asked her.

“There is no use of it anyway, who needs time when your time is limited.” Emefa said as I heard her walk away. Ah! what is it with this girl, she speaks and acts strangely. I needed to know how she got to know my wife and the only way to do that was to find out from my wife herself.

My wife came to the kitchen where I was and right there and then I began interrogating her. “For how long did you say you know this girl? I asked her.

“Why that question, she is my friend, why, don’t you want her here anymore?” She said yelling. I couldn’t believe her, what did I even say that got her mad in the first place and the worst of it all was she was able to just walk out on me without answering me.

That was a behavior I had never witnessed in my wife before. Perhaps she had a bad day when she went out so then I just decided to overlook things and leave it as they are.

My only consolation was to hang around my daughter Emefa. For that whole moment, she took away the memories of what had happened in the day, talking of Eugene and Emefa’s confrontation, the falling wall clock and my wife’s outburst.

It had been three days since Mary came in. Well I knew it hadn’t been long though, but I was beginning to feel uncomfortable with her stay. She hardly looked me in the eyes and even my wife who claimed her as a friend barely spoke a word to her.

Like I said, it'd been just three days since she came to stay under my roof and since that time, my wife hardly stayed home. I didn’t really know where she went to but she always made me think that she had something to do at the market. Food stuffs were in abundance so that didn't have to be her excuse.

During one of her absence, I decided to engage in a friendly conversation with Mary again. I knew it would be difficult but I decided to go ahead with it anyway.

We found ourselves both in the kitchen. She stood closer to the fridge and poured some juice for herself. Before I began talking, it seemed she already knew what I wanted to say.

“Before you begin to talk about me, I would like you to this question? She said. I just looked at her and wondered how she knew what I was thinking but I had to keep my composure. I didn’t want her to know I was a bit scared of her.

“Interesting, hmm what question do you have for me” I asked.

“Why do you keep thinking of Emefa” She asked. “What is wrong with me thinking of my daughter all the time” I asked back .

I could tell from her looks that she wasn’t happy about what I said. “Don’t try to play smart with me Selorm, your daughter indeed! I’m referring to Emefa, may her soul rest in peace” She said.

Now something about her kept irritating me, she had this weird way of relating with my daughter. Anyway, she was right, I never stopped thinking about Emefa. I couldn’t answer her question but i had to just stay there and listen to her.

“I know you miss her, she misses you too though. But have you even wondered where your wife is at this moment?” She asked.

I didn’t answer, i was getting upset because I felt she was going beyond her boundaries. “I don’t care if you are upset or not, but know that this very moment as your wife approaches, she is not wearing the wedding ring you placed on her finger” She said.

Like a prophet! I heard the door open and to be surprise my wife came in with my daughter. I quickly watched her hand from where I stood and just as Mary had said, there was no ring on her finger.