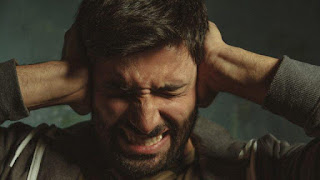 “ We should move in 10 days time, the airships are ready, also the 996 Pyramid families have been contacted.” Ruth gave her report to the three kings at the Pyramid meeting.Ruth and other Pyramid Cult members had bought the lie of the occult group. They had been told that they will fight Jehovah and win. Having a new world was the target. A new world where they all will be gods.“Ok” The First king replied.“ They will all arrive at the take off center through the astral passage. And for you my Lords, Your preservation cells on the ship have been completed to your taste.” Ruth said trying to please the Kings, but she noticed they were not particularly impressed.“ My Lords, is there something wrong?” Ruth asked“A lot of plans have failed in the past, we are trying not to be too hopeful with you.” The second King said...“ I am a different kind of human being, my fight against Jehovah is personal. So this will not fail... I gave my life to science all these years so that I can make Jehovah lose.” Ruth said Ruthlessly.The kings exchanged looks and with the smile of satisfaction they nodded their heads at Ruth.*****************Naito arrived the coven suddenly...“ Why do you have her in your house?” Said one of the other Top Witches“She is my Sister in law...”“ You need to kill her before she Kills you. She is calling for what we never want humans to call for. Jehovah’s Mercy on Humans can destroy us in a minute. His fire of rage will descend heavily on us... If you do not want her to bring death on you, Kill her first...” a high ranking Wizard said*************Naito jerked back from sleep. This was the shortest sleeping episode she had ever had, but on waking up from this sleep, Naito felt she had a dream. Naito always forgot her dreams on waking up after her sleeping episodes, but this time, strangely she remembered the words .... “If you don’t want her to bring death on you, kill her first.”“ So Juliana is evil? I will kill her before she kills me!” Naito resolved ignorantly*****************Anthony kept shouting as he walked around in the cave house...“ Show yourself if you are man enough!” Anthony saidThe last few hours had been terrible. After he heard the voice that said his blood wasn’t valuable enough to save the world, it had been torture... The voice kept laughing at him. The laughter was a torturous mockery...“ Ha! Ha ha....” Anthony couldn’t deal with it. It was driving him nuts. He rushed towards the door to run out of the torture cave house, but unfortunately the door had been jammed...Fear gripped his heart and he remembered the story of Saul who after he started losing his regard for God’s instruction, an evil spirit of insanity from the Lord was released against him. He also remembered Nebuchadnezzar who God turned into an animal. He had the feeling he was going through the same punishment. His soul felt like he was trapped under a big duvet and he couldn’t get out. The laughing torturous voice was as loud as a speaker.“ God, please I am sorry! I did all I did out of stupid passion to destroy evil politicians. I was rightfully zealous but i used the wrong approach... “ Anthony said as he went to hide in a corner.To be continued....To follow up on this series, Follow the author on Facebook @ OPEYEMI OJERINDE AKINTUNDE-OFFICIAL Feel free to share this series, but please do not edit out the credit of the author and details. Let's be mindful of others.DEEP THOTS NOVELSINSPIRED BY THE HOLY ONEWritten by Opeyemi O.Akintunde+234-8151103646Photo credit: Internet
See Also :