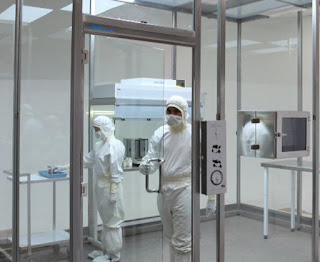 Opeyemi Ojerinde Akintunde
Anthony was weeping like a Baby, his only daughter was dying from the Islingbee Virus. A virus he birthed!
21 DAYS EARLIER.....
“ I need more antivirus...” Anthony screamed over the phone... “The Virus you created is doing more than I asked! I am losing my very own as well”
Confusion was the new name of Professor Glass as he kept pacing around his transparent laboratory....
134 DAYS EARLIER...
Senator Anthony had commissioned Professor Glass into creating a killer virus that could be transferred through a handshake. The Virus was to kill the carrier in less than 24 hours. Glass was meant to make the antivirus for Anthony so he could neutralize the virus after he transfers it to the victims....The plan was to attend a party to be attended by most political giants in the country and in less than 24 hours wipe them out so a revolution could begin.
52 DAYS EARLIER....
Senator Anthony had attended the party.
He shook hands with almost every one in the hall except a few friends of his. He rushed into the rest room, and drank the anti virus syrup....
24 hours passed and none of the men was declared dead. Anthony had gone to Professor Glass’ multimillion laboratory he had built for him.
“ You didn’t fulfill your end of the deal...” Anthony said furiously.
“ I did, but I don’t know what happened. I tried the virus on rats and they died in 24 hours. I even tried it on my neighbor’s cat and it died in 24 hours. Like I told you, I used the venom of bees in very high quantity and you know how deadly that can be. I added other poisonous components, so I don’t know why it’s not working.....”
“Are you sure, you used the right proportion, you know humans are bigger than rats...” Anthony asked Glass
“ I think the question should be directed to you Sir, Are you sure you used the Virus properly...?”
“ Yes I did!” Senator Anthony said as he tried to cast his mind back to the party. In that same instance, Anthony’s phone rang. It was Lucy calling; his wife.
“ Hello Lucy Honey!” Anthony said putting his phone on hands free mode.
“ Anthony! I am not feeling ok, I am having Difficulty in breathing since you left home Yesterday. Just this morning, my throat and tongue is swollen and I feel my pulse is very fast, I am feeling
Nauseous and ....”
As Professor Glass listened, he knew what was responsible... Islingbee Virus!
Anthony must have been careless with the virus. His wife must have stumbled on it... Anthony could read the expression on Glass’s face... He tried to recount what happened that day...
He had a habit of wiping his hand clean with his outfit. He remembered wiping his hand on his suit after applying the virus.
“ Lucy!” Anthony screamed... “ Did you touch my French Jacket I wore to the political dinner party?”
“ Yes! I Dry-cleaned it myself.” Lucy said
To be continued
To follow up on this series, Follow the author on Facebook @ OPEYEMI OJERINDE AKINTUNDE-OFFICIAL Feel free to share this series, but please do not edit out the credit of the author and details. Let's be mindful of others.
DEEP THOTS NOVELS
INSPIRED BY THE HOLY ONE
Written by Opeyemi O.Akintunde
+234-8151103646
See Also :