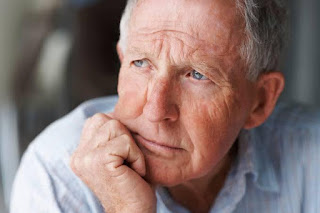 Opeyemi O. AkintundeRuth stood behind the cell holding the metal iron bars, she knew the end was near...Lonely and full of regrets was Ruth. This gave her a glimpse of her life in the afterworld. Remembering what she had learnt in Sunday school about Hell, she felt like she already knew what it would look like.Sitting down in the cell she had been placed, everything she had strived hard to achieve did not mean anything to her anymore.For the first time she missed her grandmother who she left because of her devotion to God. She never returned to check on her because she wanted everything about God behind her. She never kept contact with her cousins or anyone from her country, because on getting to the western world she gave up her identity.“ If I die today, no one would know or care to know where my remains would lie, no one would ask after me. “ Ruth had no family except her lesbian partners. She had brought one of them, to the Airship but had deserted her.Rosy had not checked on her since the 3 hours they had locked her in. She watched her walking past her cell without saying a word ...“ You are a betrayer...” Ruth snapped at her when she walked past her cell...“ No, I am not...I am sorry Ruth, You have always taught me that every man for himself” Rosy said“Go to Hell” Ruth said angrily“ We all know that’s where we are headed, but that’s why we want to enjoy the time we have here before death comes knocking” Rosy saidRuth hit her hand against the Iron metal of the cell...***************Anthony sat outside the cave house. He had seen the news about the fireflies on T.V...“ What a fast way to die, without having the guilt of suicide ” Anthony had told himself after watching the broadcast.For three days straight, Anthony sat outside the cave house, but none of the fireflies touched him. It seemed like the flies saw a mark on him that read “TOUCH NOT”. Anthony wanted to die but death wasn’t interested in him, he had been drinking only water for days. Death was better than the state he was in. Being alive was becoming a torture.**************“ I will not have you pull the plugs, keep her on the machine and I will come check her everyday...” Folabi insisted“ I am sorry...We can’t do that, we will shut down all machines completely..”Folabi didn’t want Ella dead, she was alive since she was still breathing though assisted, but the doctor was asking to take away her chance of living.“ Fine, so when are you shutting down?” Folabi asked“ Tomorrow, We hear the Fireflies are increasing by the number” the doctor said“ Keep her on the machine till tomorrow, I will get back to you soon...”“Why Tomorrow ?”“ I just need to pray to know what to do!”*************“ No...No....” Wendy dropped on the floor with tears... One of her daughters had been stung by the Firefly and she dissolved instantly.Massai became numb... He was not sad because he lost his daughter, but because he knew his daughter was going to Hell. Despite being a Christian, his first daughter was not a believer. She choose to be an atheist.“ We locked ourselves inside the house and I cannot say how the fly got in.. After stinging Justina, it disappeared.” Harrry, Massai’s son in-law had told them...“ What about the kids?” Massai had managed to ask“ They are fine” Harry voice was breaking. The voice was laced with fear and sorrow“ Were you able to kill the fly?”“ No.. that’s my fear right now, we don’t know where it disappeared to!”As soon as Massai heard that , he remembered the little girl Rejoice who had seen a vision when they got to Bribia Island initially. She said she saw the tears of someone turning to fire...“ Can this be the Fire from God against the world?” Massai wondered. He knew the Islingbee Virus was from humans with the evil mind, but the fireflies seem to be coming from God Himself...“ When God is angry with a people, Who can stop the Fire of His anger?” Massai said within himself....“ Another country has reported that the fireflies have invaded their nation killing thousands of people. Surprisingly, the Fireflies are not touching Little Children...” the newscaster was saying. At that point, Massai knew it was time for His Bible Study. He wanted to understand exactly what was happening and possibly find the way out.“ There has to be a way out! God there has to be a way out!” Massai resolved.To be continued....
You will be able to purchase the full soft copy for only N500, instead of N1000. We understand the times we are in, hence the discount. Also “PEMISIRE” will be available for the discount price of N500 as well. Therefore you can get two new novels for N1000. The full soft copies will be released on Friday 22-05-2020. To book for it, send a Whatsapp message to ‭+234 906 992 6797‬ or +234-8033282200.God bless you.DEEP THOTS NOVELSINSPIRED BY THE HOLY ONEWritten by Opeyemi O.Akintunde+234-8151103646
See Also :