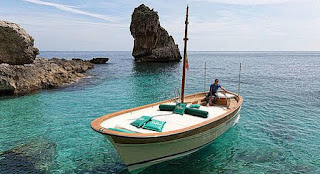 Opeyemi O. Akintunde
“Alpha Center!” Anthony raised his voice over the phone very surprisingly at Lucy.
“ Yes... and I gave them Professor Glass’ name” Lucy said
“ You did what?” Anthony asked
“ I didn’t want to give them your number, so you could be safe. Those people are terrible...”
“ You know they are terrible and yet you gave them the link to practice their wickedness..”
“ Anthony! They were going to kill me and the kids.”
Anthony kept quiet...
“ Anthony I have a deal with them, we will be part of the 1000 families that will be saved. Your blood and my blood has immunity against the virus...”
“ What about our kids?, what if they get the virus and these people refuse to give us the antivirus, what will happen to our kids...”Anthony asked
“ In our conversation, they mentioned something about Bone marrow. It seems we can do a bone marrow transplant for our kids so they can have our blood cells... You know the bone marrow is like a blood cell factory, once the kids have the bone marrow transplant, their blood will have the antivirus.”
“What about our cousins, extended family members...?” Anthony asked
“ Everyman for himself!” Lucy replied before hanging up....
*****************
“ I have no family, so this sounds good for me.!” Professor Glass Said.
He had been summoned to the Pyramid House. A House in a thick forest. He had been told there was a deal for him. They sent a Private Jet to pick him up from where he was without him giving them his address.
“ So what do you want from me?” Professor Glass asked
“Make more Viruses for the general public and Few Antivirus in form of tablets for the 1000 families that will make it to the Alpha center!”
“ Apart from making it to the Alpha Center, what else do I stand to gain?”
“ Posterity... Your name will have an indelible generational presence in the history of the new World. Your Statue will be at the center of the new Earth as the man who made the new earth happen.” Boss Lady said
“Money?” Professor Glass asked
“ You will have lots of it...” Boss Lady said
“ How much?”
“ As much as you need, note that, we will be using a new currency, a new global currency, so I can’t give you a figure “ Boss Lady said
“ Aiit, I am in” Glass Said
“ What would you need from us?”
*****************
21 DAYS AFTER GLASS RESUMED WORK
Lucy had dropped a message for Anthony that she had received an urgent call from their kids’ school. Their kids woke up with the Virus. Glass had gone public pretentiously as one of the Scientists researching the virus and possible antivirus. He had announced the name publicly as Islingbee Virus; the Original name.
The Pyramid Cult had made him go public as a scientist who had found the source of the Virus through research, and that he was tirelessly looking for the antivirus. The aim was to make Glass the authority everyone would listen to.
Anthony had been calling Glass tirelessly pleading for some Antivirus for his children.
“ I need more antivirus...” Anthony screamed over the phone... “The Virus you created is doing more than I asked! I am losing my very own as well”
Confusion was the new name of Professor Glass as he kept pacing around his transparent laboratory....
“ I am sorry, I cannot give you, I now work for some people and everything belongs to them. You need to speak to them...”
“Glass, you shouldn’t do what you are doing. I only wanted a few people to die for the good of the country, but you want to wipe the whole earth clean and still make the corrupt people live.”
“ No evil is better than the other...” Glass Said and hung up....
**************
PRESENT DAY
Anthony was leaving Bribia Island when he saw a group of people coming in. Folabi, Emmanuella, Rejoice, Sharon, Chief Larry and His Wife, Smart and Seun. Anthony noticed they were Nigerian. They were so loud and happy in their discussion. As he looked towards Rejoice, his heart tightened at the thought of losing his own daughter. He was checking out of the Bribia Island, while they were checking in.
As he sat waiting for the boat that would take him to the shore, he overheard their conversations about the Islingbee Virus.
“ I hope the Island is free of the Virus?” Said Priye as he walked in later. He didn’t appear to be part of the group, but Anthony could tell he also was a Nigerian.
“ No case has been recorded here Sir!” Said the staff...
“ And it will not be recorded here in Jesus name!” Said Emmanuella.
“ And even if it shows up here, we have what it takes in our body to knock it off” Rejoice said laughing
Anthony had been told Nigerians were very religious people. He could see that was true.
“Sir, your boat has arrived!” The staff told Anthony...
“ Thank you!” As Anthony stood up to leave , he faced the staff and said...
“If truly this Virus hasn’t spread to the Island, I suggest you tell your management to stop receiving visitors for a while. The Virus is spreading really fast. You can never tell who has it. Let’s stay safe especially for the sake of the little ones”
As he was talking Xavier walked in feeling very weak.
To be continued ....
To follow up on this series, Follow the author on Facebook @ OPEYEMI OJERINDE AKINTUNDE-OFFICIAL Feel free to share this series, but please do not edit out the credit of the author and details. Let's be mindful of others.
DEEP THOTS NOVELS
INSPIRED BY THE HOLY ONE
Written by Opeyemi O.Akintunde
+234-8151103646
See Also :