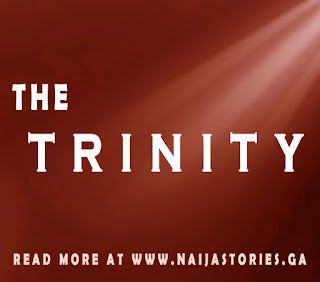 It’s as simple as that. I’m sure you’re matured enough to read between the lines. What were you thinking when I said she had made extreme sacrifices. Young man, you either keep your distance or you forget about the job,” the manager said.

The encounter with the HR manager left Michael with the impression that Sophie had slept with the manager. This made him jealous and left him with a sense of betrayal even though it was said the sacrifice was for him to get a job.

Michael decided to avoid Sophie. He dumped the apology he had rehearsed before as he now didn’t feel like seeing her.

Sophie’s was quite surprised at the fact that Michael didn’t make any attempt to come see her even though they now worked in the same office. She had managed to forgive him on the matter with her sister and was willing to go ahead with the relationship. She, however, wanted him to come to her and apologize for his bad behavior.

By the third day, Sophie was uptight. She didn’t feel comfortable about it. She needed her guy back. She loved him so much even after what he had done. Later that day around lunch time, she saw him standing afar off and she decided to confront him.

“About what Sophie, Tell me.” Michael asked.

“Why are you doing this? Michael, am I the one to blame, after sleeping with my own sister?” Sophie asked.

“Oh yes, I did that and I’m sorry yeah. But two wrongs do not make a right” Michael said.

“What wrongs Michael? What are you talking about? Sophie asked.

Suddenly, Amah the secretary to the HR manager showed up and barged into their conversation.

“Michael, you have kept me waiting for too long. Lunch will soon be over” Amah said interrupting the conversation.

“Sorry Amah, I was just rounding up here,” Michael said. He turned to her with a grin and said “see you later Sophie” and then promptly walked away with Amah.

From the look of things, there was something brewing between Michael and Amah even though Michael had only been at work for 3 days.

Sophie knew Michael couldn’t be trusted around Amah. She knew him and knew what he was capable of. This only worsened her plight as she had practically dwelt on his attitude over the last three days

She really loved him. Asides Michael’s cheating, he was really caring, loving and fun to be with. Although it could be more of the ‘good girl loving bad boy’ syndrome a lot of women find themselves in.

Sophie was willing to give Michael some time to come around. She innocently didn’t suspect that he could have any other reason for staying away from her.

Days went by and Michael indeed kept his distance. Sophie, on the other hand, was waiting for Michael to come around.

She had also forgiven Nicky. They spoke a bit about the matter and had gotten back to being the sisters they were. They had both enjoyed a good relationship and Sophie considered Nicky to be one of her BFFs. Little did she know that Nicky was carrying Michael’s child.

On the last day of work, Sophie decided to surprise Michael with a gift. She bought something she knew Michael loved so much, packaged it nicely and placed it on his table at a time she knew he wouldn’t be around.

Michael had been in the conference room with the CEO. He came back to meet the package on his table, He thought the gift was from Amah. He didn’t stop to think that it could be from Sophie.

Immediately, he called Amah and promised to take her out on a dinner date right after work.

Sophie was just coming into his office to let him know she was the one who dropped the gift when she overheard him fixing a date with Amah. She stopped in her tracks, pained. Michael hadn’t seen her and went into some flirty talk with Amah oblivious of the fact that Sophie was overhearing.

It was quite obvious to Sophie that Michael and Amah had something going on. She ran out of where she was and returned to her desk.

Sophie couldn’t control herself. She kept thinking and weeping for something that was not worth it. Was it wrong to sacrifice so much for the one she loved? Probably, love was not her portion.

These among several other thoughts kept running through her mind all day to the point that her productivity started to suffer.

She decided she needed a break. She was glad that this was the last working day of the week and she wouldn’t get to see Michael for a while.

As the day wore on, she became a nervous wreck; many people passed by and noticed her countenance. At a point, she just couldn’t continue. She wanted to leave the office so she wouldn’t have to go through the pain of running into Michael and Amah going on their date.

She rushed out of the office and ran out. She was absentminded, partly weeping and totally oblivious of her environment.

Without thinking, she drifted into the center of the road right at the junction. A car coming from the other direction suddenly drove up and hit her.