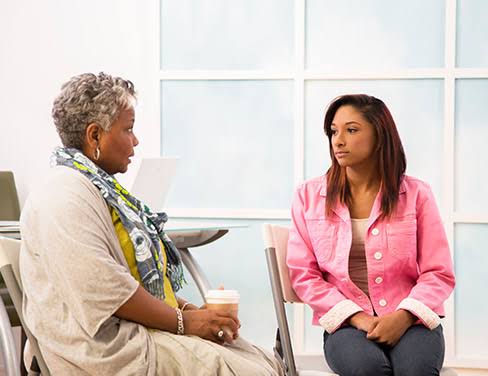 I woke up in a good mood. Jummy had already left; that added to my happiness. I couldn't wait to go to the office.

I was excited. I just didn't know why.

I noticed a slight difference in Adesuwa, she acted differently and she barely smiled. We barely spoke too. She cuts me off whenever I try to bring up a conversation

. I knew immediately that she was trying to avoid me.

I had to let her be.

Tosin stopped by with her twins. After she left the office, she came back because Taye had forgotten her wrist watch and she also forgot her phone on my desk.

Shortly after she left I received a call from Tosin that took me off balance.

"Henry have you seen my kids?" She asked and I laughed.

"Are you joking right now. You left them at the lobby right?"

"They're no longer here."

"Check very well" "I have, I even thought they were playing a prank on me now it looks really serious"

"I just did! She said she didn't notice. Henry I'm panicking"

"Calm down Tosin, I'll be with you shortly" I answered then I walked out of the office and I found Adesuwa looking at her nails, I guess she was bored.

She glanced at me, "Is there anything I should help you do?" She asked and I shook my head.

"Are you going out?" She asked, this was followed by a violent sound as though someone was pounding on the wall or door.

"What's that?" She asked and I told her to stay still till I got back.

I saw some guest gathering with Mrs. Haruna holding a child, Taye was crying beside her

. I knew something had gone wrong. So I quickened my step.

Tosin came through the other direction, she screamed at the sight of her daughter. "What happened to her?"

"Someone tried to r*pe her"

"Who?" We both asked, "He's in there, a guy is currently holding him down" she answered and Tosin attempted to charge into the room but Mrs. Haruna advised Tosin take Kehinde to the hospital and she agreed.

I walked into the room where i found Fatai pressing the guy to the floor. He turned back looking at me.

"Where are the securities?" He asked, "I don't know if they've been called." I answered and Fatai raised him up by neck.

"I have money, I can pay you. Just name your price" the man proposed,

"You better save your filthy money"

I glared at the pervert right in front of me.I just wanted to punch him that moment. It took a lot to control my anger. I didn't want to lose it.

"It was the devil" he added and I scoffed now calling for security.

The police came afterwards and had him arrested. Even though they claimed to have lost him afterwards.

I felt useless just waiting to get some form of gist after Mr. Henry left to deal with the situation about his niece.

I tapped my fingers on the desk waiting for someone to come my way.

Sitting here ruined it all for me. When I was working as a maid, I would have had a full load down of what had just occurred.

The phone line rang and I picked it up. "May hotel, please who am I speaking to?" I asked and the caller ranted in hausa.

"I'm sorry, please who am I speaking to again"

"I wasn't talking to you. Please I would like to see the manager" "What's your name and what time would be convenient for you?" I brought out a pen, "My name is Ibrahim, Tell Henry it's Ibro"

"No surnames?" I asked and he laughed.

"Your voice sounds beautiful, what's your name?" He asked and I rolled my eyes.

"Adesuwa" "That sounds beautiful, Edo state shea? Where in Edo, I travel a lot"

"A little pleasure mixed with business will not hurt anyone would it? Why are you being too serious Adesuwa?"

I shut my eyes. Men are the worst! I didn't want to be rude.

"I'll deliver your message to Mr Henry" "I haven't even dropped a message" "Please do Sir, I have a lot of things to attend to"

I heard the man laugh.

"I misplaced his number but I heard he's in town and he's running the hotel. I dug this number from the hotel site. Unless you would give it to me"

"No Sir, have a nice day Sir" I answered and he laughed.

"You too Adesuwa" he answered then hung up.

"What kind of person is this one?" I snapped then I saw Michelle walk up to me. I was so happy, Gist alas!

"Madam" she began and I wondered why she would begin with 'Madam'. "Wetin dey bite your yansh" I asked and she quietly looked at me for a while.

"You guys just forgot about me, una no even send me again"

"Because say no don blow small and Lilian con get one boyfriend, una leave me"

"Babe why you dey talk like this?" I asked, "It hasn't been up to a week yet oh"

"When last did you guys speak to me?"

"Babe I've been dealing with stuffs"

"I didn't come for that sha, not like I'm concerned." He eyes immediately fell on my phone. "Who get phone?" She asked, holding my phone and I smiled.

"How much be your pay? Wow your levels don change oh"

"That was a gift" I answered and she dropped the phone. "People are saying things Adesuwa. I hope they're not true"

"Michelle, you're my friend and you know me, I can't sleep with the Manager to have this job or the phone"

"Well your own better" she answered and I sighted Mr. Henry coming. I haven't even dived into the topic of interest yet.

"Gossiping on duty?" He asked and I shook my head. "No Sir" "Manager good afternoon" Michelle greeted. "Good afternoon Michelle" he answered then he walked into the office.

"I better go" she left and I walked into the office.

"Sir, someone by the name of Ibrahim Hassan called," I paused and he chuckled.

"Ibro" he chipped in, "Who told him that I'm the manager?" He asked as though I was supposed to answer the question. "What did the clown want?"

"He said he's in Lagos but he will be coming in sometime next week. He wasn't really specific"

"Okay" he answered and I scratched my hair.

"Sir what happened a while ago?" He asked and he raised a brow at me. "You've been quiet all morning and now you decide to talk to me"

"I talked to you when we were discussing with Fatai"

"You talked to Fatai not me, there's a big difference. Adesuwa I noticed so you can drop the act now" he proposed and I shut my eyes in shame. I didn't think it was going to be that obvious.

"I'm not going to ask why you acted the way you did" he glanced through some documents. "Didn't Michelle give you a load down of what happened?"

"Okay. Some guy tried to r*pe my niece but Fatai showed up just in time. He has been arrested though" he answered and I sighed.

"The police lost him afterwards" he added and I scoffed. "Or they made him escape" I replied and he shrugged.

"That little child could have been r*ped if not for Fatai, do you know what r*pe does an individual? It kills you, it destroys your will to move on....it" I paused exhaling. I was already getting personal.

I paused in order to block all bad energies out!

"Tell me that pedophile does not deserve one litre of kerosene poured on him and a tyres put around his neck and a matches lit on him?" I paused again.

There was a brief silence.

"So much hate" he broke the silence and I blinked my eyes.

"I know how it sounds but this world doesn't deserve to have some people living in it."

"I'm glad she was saved"

"How is she?" I asked, "She'll be better." "And how are you coping with what happened?"

"It's scary to think that .." he stalled. "When I saw the man, I almost lost it. I swear to God that I was just one step away from giving him a punch. I just had to restrain myself"

"You could have punched him. You would have felt better" I advised and he laughed.

"I'm serious" I added with a smile.

"That's your first smile since this morning" he noted and I felt awkward. Why would he take notice of when i smile and when I don't?

"I better leave before people would start making assumptions that I'm having quickies with the Boss" I turned my back to leave when he said,

"Is that why you've been acting weird all morning?" He asked and I rolled my eyes. Then I turned to him. "I don't want to make it look like there's something going on between us or i'm leading you on"

"What gave you that idea?" He asked and I laughed nervously.

"How would the husband take the news about his daughter? The man would be so angry" I said trying to change the topic and he laughed.

"Tosin told me you asked about her husband"

"She has never been married" he answered and I covered my face in shame. "Oh my God! That's really embarrassing" I sat on the chair and he chuckled.

"It's really not that bad" he answered and I glared at him. "Okay may be it was a bit embarrassing" he laughed and I joined in.

"I better leave" I stood up and he gave a slight nod.

Mrs. Haruna stopped by at my office during the day. I heard her laugh as she approached me. "What's funny Ma?" I asked, "The sight of you sitting here" she answered and I chuckled. "I'm bored"

"So you'd rather clean up after people's mess?"

"Not exactly. I miss the gist" "You mean gossip?" She snapped and I laughed.

"I heard about Lilian, how's she?"

"I called her in the morning. She said she's fine, she finally took malaria drugs"

"I'll see if I'll be chanced to see her"

. Do you want to see the manager?" I picked up the phone, "No, I came so I can have a little chat with you" she whispered looking at Mr Henry's door.

I knew it was secretive so I dropped the phone. "I heard about what Mrs. Babalola did to you"

"People are talking about it"

News spreads faster than wild fire in the hotel. Most times I wonder if people had nothing to talk on than to make me their topic of interest.

"I swear to God Ma, I wasn't kissing the manager"

"And I believe you. You know that I'll always believe you but Adesuwa you have to be more careful. Look around the hotel, you have more enemies than just mummy B." She paused,

"That rude brat Emmy, Mr. Henry's girlfriend and now the mom" she listed and sighed.

"It's not my fault. You know how things have always been"

"That's why I'm telling you to be careful of what you eat or drink. You have to be alert"

"You don't think I can be poisoned, that's far-fetched"

"Hell has no fury like a woman's scorn, we're dealing with powerful women here. A jealous woman can do whatever to achieve her aim. You have to remember that"