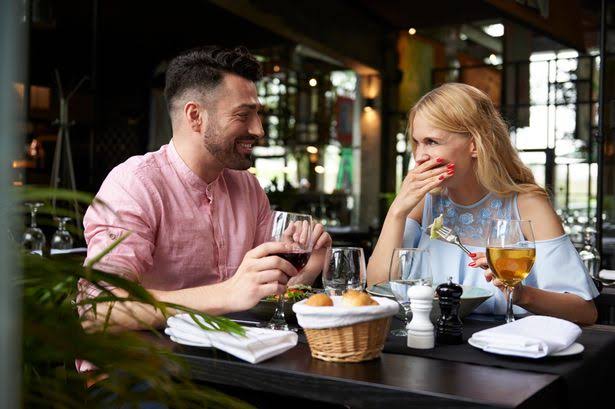 At the hospital, after Taye's encounter with the pervert. Mom stopped by at the hospital. She seemed extremely worried.
"What happened?" She asked i ignored her.
"Are you deaf?"
"Mom, they're okay there's no point making a fuss about this" "I warned you already If you can't take care of these kids I'll take them away and I mean it"
"How are you going to take my kids away? I gave birth to them"
"And I raised them! What could have happened if that man had raped her" "How am I sure you didn't send him to the job so I could look irresponsible"
"I'm not that stupid and I won't put my grandkids in harm's way" she cried. "How could you think that of me?" She snapped and i shrugged.
"If you can't take care of the kids, give them to me"
"I'll take care of them"
"Hire a babysitter or quit your job so you can take care of them properly"
"I can't quit"
"If you don't hire one, I promise you that i might have to take you to court and sue you for negligence

. I promise you when I do, I'll take the kids from you"
"Is that a threat?"
"Take it as whatever you want Tosin

*****
Jane helped me once when I needed accommodation. I needed to hire a babysitter so I called her up to help me with one.
"You know the nature if all these baby sitters these day. Before someone would go and use your children for ritual or use your children to learn how to panel beat."
"Don't you know anyone?"
"I know them plenty but the thought of man they say is wicked. Babe if it's house you need, I'm game but this one, with the way your mama head dey always hot. I don't want to end up in jail for a crime didn't commit" she answered and I exhaled.
I was running out of options.
"Should i get a new job?" I asked and she hissed.
"Are you mad? How are you going to pay for your bills?"
"I'm scared of mom's threat"
"I'm scared for you too but you still need your job. Don't do anything stupid"
****
On Friday, I was in a little space I carved out as a study room. I was reading, I had my glasses on when my girls walked in.
It was barely six am.
I intended waking them up but six to prepare for school. "Good morning mommy" they both greeted.
They both climbed on me, "Okay what's going on?" I asked suspiciously.
"Kehinde dreamt of him" Taye said and my hear leapt. That was the last thing I needed.
"Who?" I asked.
"The man that came to the hospital" Kehinde answered and I sighed in relief. I thought she was having traumatic experiences.
"In my dream, I told him thank you but I feel bad cause I didn't thank him that day"
"He was even waving at her and she didn't wave that day" Taye pushed Kehinde forehead and they both started beating themselves.
"It's okay!" I yelled.
"She's making me feel bad" Kehinde said in tears and I pulled her close. She has gotten soft since the incident. She has been crying now and then.
"We can go and see him today?"
"In his house?" Kehinde asked, " No. I heard he now works at the hotel" "I don't want to go to the hotel" Kehinde whined.
"Me too" Taye agreed.
"It's fine. Mommy would be there to protect you, I'll be there to protect you like ninja tortoise"
"Mom it's ninja turtles" they both corrected and I laughed. They both joined in afterwards.
***
After the kids closed from school, we went directly to the hotel, specifically to the restaurant. Taye and Kehinde sat on a table for four while I walked up to a lady who was standing by the counter.
"Good afternoon" I greeted her, "Good afternoon Ma. What do you want?"
"I don't want anything. My name is Tosin, what's yours?" "Joan"
"Sweet, I would like to talk to your head, I believe his name is Fatai" "Yes. I hope no problem ma"
"No biggies" I answered and she walked in.
I turned back, my kids were still there.
He came out shortly after. He had a white uniform, one of those chef uniforms with May hotel inscribed on it.
He smiled on seeing me.
"Good afternoon" he greeted and I smiled. "Good afternoon" I answered.
"I'm sorry, I didn't get your name the other day or should I just call you Iyabeji (mother of twins)" he asked and I laughed.
"If you dare call me that, I swear to God I'll just..." I stalled.
"I'm not that old"
"You are a mother of twins aren't you" "And I have a name and it's Tosin" "My name is Fatai"
"Henry told me" he answered then he looked over at the twin and he smiled. "You brought them"
"They insisted I bring them so they could show gratitude"
"Seriously?" He seemed surprised.
"Wow they must really have good parenting"
"I wish I can take the glory for that, they dreamt of you. I meant Kehinde dreamt of you"
"Oh" he smiled.
"Can you just say hi to them?"
"Sure" he said walking towards them. Fatai began by giving a special yoruba praises given to twins.
Taye and Kehinde stared blankly at him while I withheld my laughter. "Mommy why is he speaking in tongues?" Kehinde asked and I laughed out loud.
"That's a Yoruba praise for twins" I answered.
"Don't they speak Yoruba?" He asked and I shook my head.
"They understand very well, they're refusing to speak." "How are you two doing today?" He asked, "We're fine" they both answered in unison.
"How was school?" He asked, "School was fine" Kehinde answered.
"It wasn't fine for me." Taye answered. "Mommy you won't believe what happened" she added.
"Incoming gist" I turned to Fatai and he laughed. "My friend opened my bag and she took my biscuit and left the nylon in my bag."
"Did you know who did it?" I asked and she shrugged. "How are you sure it's your friend?"
"Grandma always say it's the person closest to you that hurts you the most. I'm suspecting one albino girl." She answered and I laughed.
"When I catch the person, I'll have the person arrested." She continued just the way mom would.
"She's too small to be arrested" Fatai pointed out.
"And she's too small to be stealing" Taye snapped and I rolled my eyes. Fatai kept quiet.
"I'm sorry, they get easily influenced. That's something my mom would say, they're copying her"
"It's okay"
"Thank you" Kehinde chipped in quickly, I almost didn't hear it. "What?" Fatai asked, "Thank you for helping me" she answered and Fatai smiled.
"What would you kids love to eat?" "I was going to say the same" I chipped in.
"I'll eat spaghetti" Kehinde answered quickly, "Me too" Taye agreed. "I'll have Amala and Ewedu. I haven't had that in...." I stalled.
"Coming right up" he answered.

Fatai's POV
I went back to my kitchen duty after I served the three of them. I lost concentration. I felt the need to be with them.
"I heard you had visitors" mom said, she was frying some fishes. She stopped by in the morning to assist me.
"Yes ..the child I saved the other day, with their mother. They came to say thank you."
"Didn't I train you well?" She asked and I wondered why she did.
"You don't leave a visitor for anything. Go, I'll take care of the kitchen" she assured and I smiled rushing out to meet them.
They had finished their meal already. A waiter was packing their plates. "It tasted like home" Tosin commented.
"Did you cook it?" One of the twins asked, "Yes I did"
"So you're a cooker?"
"He's a chef, it's called a chef" her mother corrected and I smiled looking at her.
"Where's our bill?"
"You don't have to pay, it's all on me"
"I can't do that"
"It's fine. Trust me, it's all on me"
"Who is Taye and who's Kehinde" I asked, "I'm Kehinde" one of them answered and Tosin laughed. "She's Taye, that's Kehinde" She pointed.
"Taye has a more pointed nose like her father, Kehinde took my mom's nose. That's one way to I differentiate them." Tosin analysed then she received a call.
"Excuse me" she said walking away.
"Where's your dad?" I asked, "How is he?"
"We don't know" Taye answered.
"Why?"
"Cause we don't know. We don't know him"
"I thought...." I stalled.
"She doesn't talk about him, grandma says he's a wimp. What does wimp mean?" Taye asked and I shrugged.
I was lost for words. I wondered why she didn't say anything when I made the 'husband must be on the way' assumption.
"Mom will go to go hell fire. Whenever people ask about her husband, she will say he's fine" Kehinde finally spoke up.
Tosin sat down with a loud sigh.

. "What have I missed?" She asked and I faked a smile. "That you're not married" I answered and she opened her mouth in shock then she looked at her twins.

*****
"I'm sorry for not telling you the truth" she apologized as we walked towards a car and I laughed. "It's fine. You don't have to apologize"
"People give me this look whenever I tell them I don't have a husband and I have kids. They judge me for having premarital sex and premarital kids" she answered and I laughed.
"So I made a decision, whenever they people assume I have a husband, I accept it. You must think I'm a horrible person"
"No. I understand. I can't judge you for this. My elder sister Biliki had premarital kids as you call it," I paused and she laughed.
"Before she got married. Your past mistakes doesn't really dictate your present or who we truly are."
"Thanks for the meal, it was great" she answered and I smiled. "You're welcome"
"Taye, Kehinde, say your goodbyes to Uncle Fatai" she announced and Taye waved at me.
Kehinde hugged me, "Thank you" she muttered, "You're my hero" she added and I smiled.
That meant a lot to me.