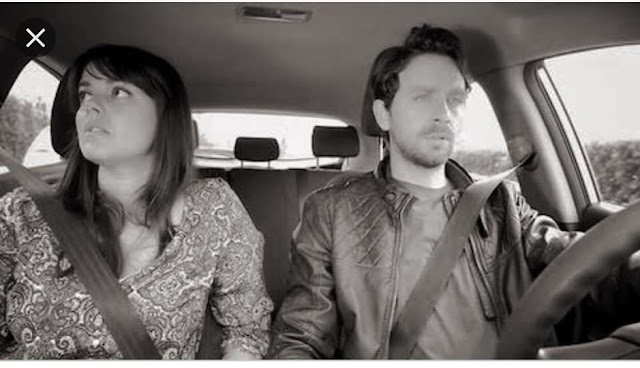 Opeyemi Ojerinde Akintunde
Ola found her way back to her apartment with the money she intended to use as her offering in the church...
She felt afraid, her mind kept telling her, Sukki was following her.
She wrote her experience in summary and gave it to her Landlady.
She wrote to the Landlady to take her to her friend’s place immediately. She also begged the Landlady not to disclose her new apartment to anyone including her siblings...
The Landlady obliged her and immediately took Ola to her friend’s place.
When Ola got to the new room, all she did was cry. She didn’t understand why she was this unfortunate.
“ Was it possible Sukki had suddenly become a Christian? No... Never, God Could never forgive him?” Ola cried
Her phone rang...It was Ope...
“ Where are you?”
Ola was just crying, she wished she could pour out her mind but she couldn’t speak. If only she had not seen Sukki, maybe she would have recovered her voice that night.
She sent a text message to Ope...explaining all that happened....
Ope replied her...
“ Mrs Banke has explained all that happened, it’s best you ran... Where are you now? I am at your place and your former Landlady said she doesn’t know your whereabouts. We should go make a report at the police station so they can make an arrest...” Ope had texted
“.i am not interested in arresting him, I just want to be far from him. About where I am staying, I am closer to you than you know, but right now I just want to be alone...I will be fine. Give me time alone to be with God. You can still check up on me via chats and video calls...I love you and Oba.” Ola had texted back.
Ope knew Ola too well not to try to argue with her. She knew Ola’s tone of finality even through text.
“ Ok, fine.. I understand how you feel, I will always text and chat you up everyday... You will overcome.” Ope texted though she did in tears. This Sukki guy was going to pay for what he had done...
“ Born again my foot!” Ope hissed
Mrs Banke was heartbroken when Sukki had explained to them he was the one who raped Ola and hit her with a charm.
“ We may need him to leave the church...” Banke had said with sentimentality in her voice
“ No, we can’t lose him, he is a new babe in Christ..!”Pastor Ayo said to his wife
“ Then do we lose the poor orphan who is the victim here..”Mrs Banke had retorted
“ We can accommodate both of them in the church, Our God is the God of Peter and the God of Paul, Ola is of the Peter generation, the ones who have always known Christ, while Sukki is of the Paul generation, those who despite their terrible past, God is willing to accommodate in the body of Christ!” Pastor Ayo had said to his wife in a heated conversation while returning back home.
Mrs Banke had been calling Ola’s number , Which Ola had given her on their way to church earlier that evening but she had refused picking up. She and her husband had traced her to her house but met her absence. She had called her sister, Ope to inform her of the situation.
“ I can’t afford to lose this lady..” she muttered silently as her Husband was not getting her point.
She felt they could send Sukki to another branch where he could be mentored by another pastor, while they accommodate Ola...
“ God, am I wrong?” Mrs Banke said to God in her heart....
To be continued
To follow up on this series, Follow the author on Facebook @ OPEYEMI OJERINDE AKINTUNDE-OFFICIAL Feel free to share this series, but please do not edit out the credit of the author and details. Lets be mindful of others.
DEEP THOTS NOVELS
INSPIRED BY THE HOLY ONE
Written by Opeyemi O.Akintunde
+234-8151103646
See Also :