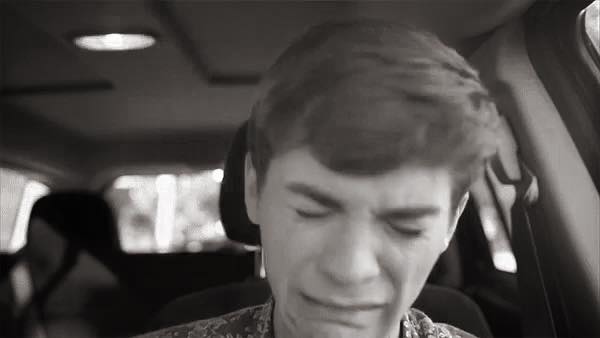 Eight months had passed and Ola was drawing close to her Expected Day Of Delivery. She had successfully hidden the pregnancy from her siblings. For those eight months, she did not give them the address of her new place. She tried to do video calls with them occasionally where all she did was smile back.
Ope had complimented her on several occasions that she was becoming fat and fresh.
Sukki on the other hand had been indoctrinated into the new lifestyle of the Church he joined after leaving Pastor Ayo. He had been taught that “All his sins in the past, the present one he was committing and the ones he was going to commit in the future had been taken care of”. Sukki therefore was able to continue in the sin of fornication once in a while.
However, the church made dissecting the Word very important. In 8 months, Sukki had read the New Testament 2 times. He was told the Old Testament wasn’t important.
The Senior Pastor of the Church particularly liked Sukki and in no time, he had made Sukki the youth leader. He had given Sukki a three bedroom flat and a car. The Senior pastor encouraged Sukki to go back to school, and with his connections, Sukki gained admission to do a part time course in one of the State Universities. Sukki was so happy he had found a place where he could serve God and his sin; past and present was not a big deal.
His pastor advised him to go home to see his father.
Sukki travelled back to his father’s place but met a bad news. His father had been hospitalized for about two weeks...
Ola had been having serious contractions for days. She had been in and out of labor for two days. At that point she had sent a message to her siblings as she noticed she was losing strength. Oba and Ope were shocked to see Ola pregnant. Ope kept proclaiming curses on Sukki. She wished she knew his identity.
Ola gave birth after 26 hours of painful labor. She gave birth to a beautiful baby girl, but suddenly she started bleeding uncontrollably...She passed out.
Meanwhile, Sukki was in the same hospital visiting his father. His father was happy to see him after 8 months...
“ Father, I am sorry for my absence. I met Jesus and I was scared you would disown me ...”
“ Hmmm... Jesus... Destiny can not be averted!” Sukki’s father had said
“ What do you mean Father? Sukki asked
“ Hmmm Ifasunkanmi, Even as a herbalist, your mother and I had delay in childbearing for 15 years. Your mother got tired of the concoctions I was giving her and without my permission started attending a Pentecostal church far away from us. In 1 year of attending the church, she got Pregnant and by prophecy the pastor had told her the baby in her womb would become a pastor and own a big church. So if you have started following Jesus, I am not surprised...” Sukki’s father had said...
“ Me, a pastor?” Sukki reasoned quietly.
He spent a short time with his father and paid the necessary bills.
As he stepped out and saw Ope. He froze on the spot, he thought Ope was Ola. He didn’t realize Ola was a twin. He was surprised she didn’t recognize him, but he thought it was possible she was rushing out to get something... She looked worried...
Sukki stepped back to the reception to find out what her problem was..
“Her twin sister was bleeding after giving birth and she just passed out. The bleeding has stopped but she is yet to gain consciousness.” A nurse said
“ Can I see her please, I am a Christian.. I would love to pray for her.”
The nurse initially refused but on a second thought, she took him there. Sukki saw Ola lying unconsciously with oxygen plugged into her nose. Sukki sat beside her and knew this was strawberry.
“ How come she gave birth? Was she pregnant after my intercourse with her?” Sukki reasoned silently
Sukki knelt beside her praying for her. He prayed with tears flowing from his eyes. He begged God to please restore the life of the innocent girl...
After about 15 minutes of groaning in prayers, Ope and Oba came in. They didn’t know who the stranger was, but they joined him in the prayer.
Sukki decided to end the prayer. As he stood up, he introduced himself as Pastor Sunkanmi. He said he had heard about her from the nurses at the reception and out of compassion he had come to pray for her.
Oba and Ope expressed their appreciation. Sukki asked for Oba’s phone number as a way of checking up on Strawberry later. They both exchanged numbers.
Sukki stepped out and when he got into the car, he wept sore.
“ If only his parents had trained him up in the way of the Lord, if only someone had taught him about God, maybe His life would have turned out better...”
At that point, he felt he knew what he had to do...
He was going to start up his own church to train and teach people the right way. He had learnt enough from his pastor in eight months...
To be continued
To follow up on this series, Follow the author on Facebook @ OPEYEMI OJERINDE AKINTUNDE-OFFICIAL Feel free to share this series, but please do not edit out the credit of the author and details. Lets be mindful of others.
DEEP THOTS NOVELS
INSPIRED BY THE HOLY ONE
Written by Opeyemi O.Akintunde
+234-8151103646
See Also :