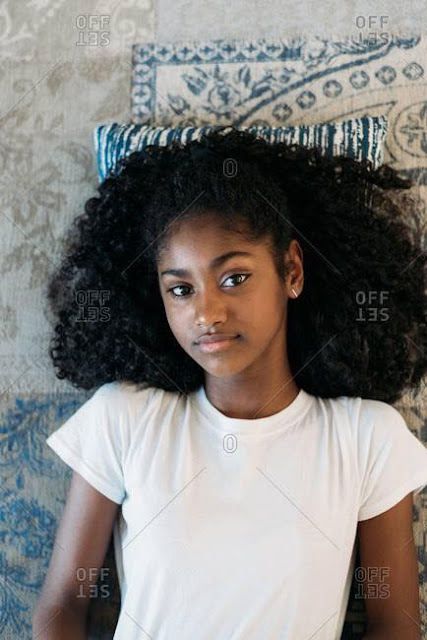 Mama Aladura had gotten to the hospital and when she saw Ope’s dead body, she started wailing...
“Baba mi( My father) this is not fair, how can you take away my Joy, when I am always making other people joyful... I have laboured in your vineyard, for 18 good years. I have been labouring day and night on the prayer mountain praying for people. People bring their problems and I table it before you in prayers. Father, you never disappointed me, but Why my daughter in law..” Mama Aladura had created a scene in the hospital as she was screaming at the reception...
**************
The same thing was happening in the farmland, it was Mama Aladura’s voice that stopped FATHER from declaring His judgement upon Oba and Ola...
Mama Aladura had held on to father’s feet, weeping because of Ope.
“ Eunice, you caused it, you neglected your farm, helping others plant, water and ensure the growth of their own seeds while leaving yours”
A scenario played out...
Mama Aladura praying for different people,
“ Your son will not become wayward in Jesus name. Madam concerning your son, we will hold 7 vigils to draw his heart back to God.” Mama Aladura was telling a woman
“ Sir, I assure you as the Lord Liveth, your daughter will not marry wrongly” Mama Aladura was telling a man
“ Ma, your son has no option than to fulfil his divine destiny,” Mama Aladura said to another woman...
The scenario dissolved to reveal another scene, of Mama Aladura sitting on the mountain with a list of people’s names in her front...
“ I pray for Mrs Ajewole’s daughter, you shall not be wayward, I pray that your relationship with that fraudster be dissolved”
Mama Aladura prayed on over 25 different names...
As the scenario disappeared before Ola and Oba, they saw Mama Aladura’s farmland... It was split into two, one part of it was very green, while the other half was barren and dry. Surprisingly, Mama Aladura was moving from one person’s farm to the other, helping them water their plants while leaving her own unattended to.
FATHER spoke...
“ She is weeping when it is too late, most times, you humans blame me and others for your misfortune when in the real sense, you caused it. Eunice was doing the work I sent her, which was to be an intercessor... that explains the green part of her land, but she neglected her children’s spiritual growth and needs.
I didn’t ask her to stay on the mountain praying for people, but the monetary rewards she was getting made her stay there... I wanted her to stay at home, take care of her own plants and still intercede for people I lay in her heart, but she made it her business by jumping from one person’s farm to another...
She prayed for other people’s daughters to be happily married, but her own daughters are wrongly married. She prayed for other people’s sons not to turn our wayward, but her son Lucky was the one who pushed Idiopemipo to write and sing terrible songs because she did not nurture him well on her farmland” FATHER said
“If she had been mindful of her own plants, she would have seen this death coming. I never hide things from my servant, a message was sent to her, but she was too preoccupied to decode the meaning of the dream..” FATHER said as he faced Eunice
“ Eunice, Idiopemipo’s farmland has been given to someone else..”
“ Please Father, for the sake of your son Jesus Christ, I know I have erred in different ways, please let Ope live”
“ No, but to be fair to you for the sake of the name of my son you mentioned, I will give her farm to her daughter, the gifts she could not use well, I will give it to her first daughter, so it is your duty to make sure her daughter uses the gift and talent well....” FATHER said with a tone of finality and faced Oba and Ola.
Oba and Ola had silently hoped father would forgive Ope because of her mother in law, but it seemed FATHER’S mind was made up. Father had said Sheryl, Ope’s daughter would take up her music career. Sheryl was 18 years old and was a replica of Ope in looks and character. Sheryl was given her mother’s farm in addition to her own.
Oba and Ola watched as the Valiant men removed the “ VACANT” billboard and replaced it with Sheryl’s name...
Mama Aladura knew it was over, as she left FATHER’S feet.
***************
She snapped out of her few seconds trance and she got the message, She had heard in her Spirit that her daughter in law, Idiopemipo was gone, but her granddaughter Sheryl would take over where her mother had stopped.
Mama Aladura had tears flowing down her face, as she knew that was the end of Idiopemipo’s journey, there was no point shouting and screaming over spilt milk...
Meanwhile, Sukki placed a call to Pastor Ayo...
To be continued
DEEP THOTS NOVELS
INSPIRED BY THE HOLY ONE
Written by Opeyemi O.Akintunde
+234-8151103646
FOLLOW THE AUTHOR FOR MORE LIFE CHANGING STORIES
FACEBOOK@OPEYEMI OJERINDE AKINTUNDE
INSTAGRAM@OPEYEMIAKINTUNDE
YOUTUBE@DEEP THOTS FILMS
See Also :