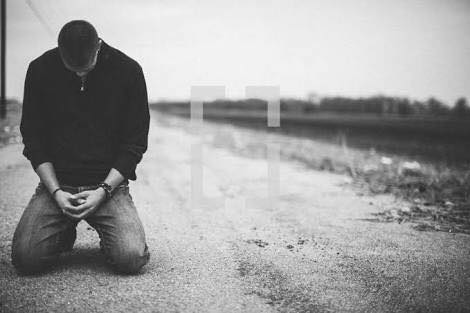 Oba and Ola saw as different people raised their voices on their behalf, especially Sukki. Ola wept putting the blame on herself for her selfishness and lack of forgiveness...
FATHER was moved by the voices, but HIS mind was made up, He wanted to transfer Ola’s wealth to someone else.
He wanted to give the wealth to someone who could use the money to bless lives... FATHER gave wealth to people he trusted to use it for the less privileged, widows, orphans and most importantly for His House and all that had to do with Evangelism.
Ola realized what FATHER was about to do, by virtue of her selfishness, she had acted wickedly to people. She didn’t give people money, She believed anyone who didn’t have money was lazy. FATHER was about to take her wealth and give it to a righteous person, no wonder the Bible made it clear that...
“ Good people leave an inheritance to their grandchildren, but the sinner’s wealth passes to the godly.” Proverbs 13:24
As Ola watched, she remembered a message one of her pastors had preached in a church service which she felt the pastor was trying to push them to drop their money...
“ We must have deep passion for the things of God, please note that God has blessed you, for the good of the house of God...God made Joseph a Vice President In Egypt, to go ahead of the Israelites so that he will be able to help the children of God during the famine. It was through Joseph’s presence in Egypt that the Children of God were given the best place in the land...You have been blessed to be a blessing to the body of Christ, Your talent, your money and position is for the good of the body of Christ…”
Ola remembered turning her deaf ear to the rest of the sermon... But at that moment she realized the man was right, despite Joseph suffering as she did, he still forgave his brothers and blessed people.
FATHER must have read her thoughts as he said...
“ If there is anyone I am going to show Mercy to, it will be to Oba, for the sake of His wife who has done a lot of good to the body of Christ with Her prosperity...”
Oba knelt down thankfully as He knew the political evil he had done did not make Him qualify for Mercy, but Pelumi’s influence in his life was about to earn him another chance in life...
“But what about Ola?” He reasoned quietly as he could not bear to look FATHER in the eye...
He had lost one sister, couldn’t God have mercy on Ola, though she was the one who landed them in this mess because of her unforgiveness...Oba reasoned in tears as he heard...
“ This is my judgement.....” FATHER said with a tone of finality in His voice
To be continued…
For your kind support and encouragement towards releasing FREE life-changing episodic novels online, kindly make your donations to
Account Details:
Opeyemi Akintunde
0147974098
GUARANTY TRUST BANK PLC NIGERIA (GTB)
( International donations also welcomed.)
To buy full story, contact +234-8151103646 on WhatsApp
DEEP THOTS NOVELS
INSPIRED BY THE HOLY ONE
Written by Opeyemi O.Akintunde
+234-8151103646
See Also :