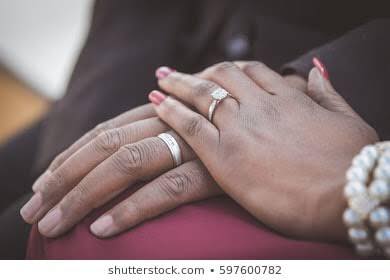 Sukki got married to a beautiful lady.
Sukki was 47 when he tied the knot with Morise, who was 42 years old.
She was one of the Spiritual daughters of Pastor Ayo and Mrs Banke. She was a former prostitute who the Lord saved through Pastor Ayo and Mrs Banke.
Morise became born again through Pastor Ayo when she was 30 years old, and With the help of God, she went through a lot of spiritual exercises to cleanse her from all unrighteousness and be fit for the masters’ use.
Sukki started his church 6 months after Ope’s death. The church grew speedily in no time. The church was well attended as Pastor Sunkanmi taught the Word with depth. A one-time herbalist’s son, rapist and half-baked preacher, who surrendered himself unto the Lord, received Mercy and became a useful tool in the hands of the master.
Sukki was formally introduced to Sunmibare, and a great friendship sprang up between Father and child.
Morise during her wayward years had her womb removed, so giving birth was not part of the plan for her and Sunkanmi.
She had told Sunkanmi about it before marriage and Sunkanmi had said…
“We are products of a man who God delayed his childbearing to cater for us, so why don’t we also make ourselves available for God to be used to become parents to orphans … Let’s reduce God’s stress…” Sukki had said jokingly and together with his wife, they opened a foundation named “God’s Special ones”
They built a twin duplex beside their house, to house these orphans. They made it a duty to act as full-time parents to them, checking on them daily, except they were out of the country for ministrations…Sunkanmi’s Life turned out better than how anyone thought it would.
To be continued….
To buy the hard copies of this novel “ MY FATHER’S FARMLAND” and other life changing novels... Send a WhatsApp message to ‭+234 906 992 6797‬
For your kind support and encouragement towards releasing More FREE life-changing episodic novels online, kindly make your donations to
Account Details:
Opeyemi Akintunde
0147974098
GUARANTY TRUST BANK PLC NIGERIA (GTB)
( International donations also welcomed.)
To buy full story, contact +234-8151103646 on WhatsApp
To follow up on this series, Follow the author on Facebook @ OPEYEMI OJERINDE AKINTUNDE-OFFICIAL Feel free to share this series, but please do not edit out the credit of the author and details. Let's be mindful of others.
DEEP THOTS NOVELS
INSPIRED BY THE HOLY ONE
Written by Opeyemi O.Akintunde
+234-8151103646
Photo credit: Shutterstock
See Also :