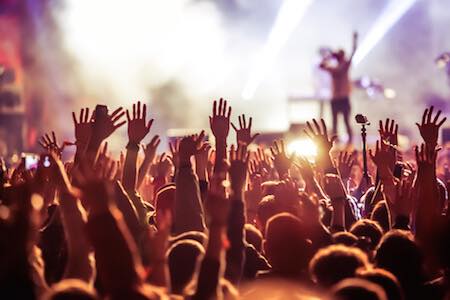 It was a very big concert and all the tickets had been sold out… It was the live Concert of Sheryl; THE SAVED SINGER.
Ope’s daughter took after her mother musically. She even used her mother’s stage Acronym “SS”. Ope was Sexy Sasha, but Sheryl, though called “SS”, made it clear to everyone that it meant SAVED SINGER.
Mama Aladura, left the mountain praying business and sat at home raising Ope and Lucky’s children. She invested in them Spiritually. She even took it further by praying for Lucky and her daughters, believing that it was not too late for them despite their ages.
God, being Merciful worked on her daughters’ marriages and on Lucky’s salvation.
Lucky became genuinely born again, and he devoted his musical experience towards making Sheryl a Celebrity for God.
At 24, Sheryl had become a household name, doing the opposite of what her mother did during her lifetime.
Lucky later got married to a widow, and they lived happily ever after.
Oba, become a popular Christian in Politics, which explained why his party was voted for by most Christians when he was nominated to be the Vice President candidate for his party.
After Oba had escaped death, his orientation changed, instead of waiting for the government to do things for the populace, he spearheaded public projects by himself. With the money God had blessed him with, he did mini road constructions in his locality, he motivated wealthy citizens to sponsor poverty alleviation programs for the less privileged. He bought free textbooks for public school pupils. He bought Buses and made it a FREE public school bus for the less privileged children.
When he was nominated as the Vice President candidate for his party, Heaven and earth rose up to make sure he became Vice president.
He served as Vice President for 8 years and President for Another 8 years serving the populace with all of his heart and mind.
Ola drew many to Christ through his exemplary leadership. He was loved by all, including the citizens who were of the other faith.
God really made him a King ( Oluwasomidoba.)
To be continued
To buy the hard copies of this novel “ MY FATHER’S FARMLAND” and other life changing novels... Send a WhatsApp message to ‭+234 906 992 6797‬
For your kind support and encouragement towards releasing More FREE life-changing episodic novels online, kindly make your donations to
Account Details:
Opeyemi Akintunde
0147974098
GUARANTY TRUST BANK PLC NIGERIA (GTB)
( International donations also welcomed.)
To buy full story, contact +234-8151103646 on WhatsApp
To follow up on this series, Follow the author on Facebook @ OPEYEMI OJERINDE AKINTUNDE-OFFICIAL Feel free to share this series, but please do not edit out the credit of the author and details. Let's be mindful of others.
DEEP THOTS NOVELS
INSPIRED BY THE HOLY ONE
Written by Opeyemi O.Akintunde
+234-8151103646
Photo credit: Internet
See Also :